14 Windows Key Shortcuts That You Should Know

Keyboard shortcuts help you do common tasks faster on your computer. Not just that, it makes you look like you are a pro at what you do

. Knowing how to get the job done using shortcuts can save you a lot of time in the long run. Because it takes time to switch between typing and moving your mouse.

In this article I’ve listed 14 Windows Key Shortcuts Which You Should Know and these shortcuts will help you perform tasks faster than before,

This group of shortcuts is used to manipulate the currently open window.

Windows + U opens up the Ease of Access Center which is a Control Panel Item. And using Alt + K followed by that will open up the On-Screen Keyboard. Why use the On-Screen Keyboard, when you have a keyboard with you?, you might wonder. Well, if you are running on windows 8 or windows 8.1, you get access to smileys on the On-Screen Keyboard. And if you are on Windows 10, you don’t get access to smileys but still you can use it to type special characters which might not know. For example I did not know that I can use the Right side Alt + Number 4 (above qwerty pad) to type the Rupees symbol (₹) when using the Indian Keyboard.

This group of shortcuts is used to start the Magnifier

Windows + P brings up the Projection Settings. From here you can use the arrow keys or mouse to select from the available options.
Note that these options have no effect unless your computer is currently connected to a projector or a secondary display. And when you connect to the secondary display, each of the options will have their own effect as follows,

Windows + R brings up the Run Dialog Box. Here you can type the name of a program, folder, document, or Internet resource, and Windows will open it for you.
Some of the basic things that you can run from here are:
chrome - opens Google Chrome
firefox - opens Mozilla Firefox
notepad - opens Notepad
wordpad - opens Word Pad
mspaint - opens Microsoft Paint
regedit - opens Registry Editor (for Advanced Users)
explorer - opens Windows Explorer
taskmgr - opens Task Manager
www.multishiv19.com (or any URL) - opens that URL in your default browser
And many many more, I’ll leave it to you to find out more about the things you can run from the Run Dialog box. 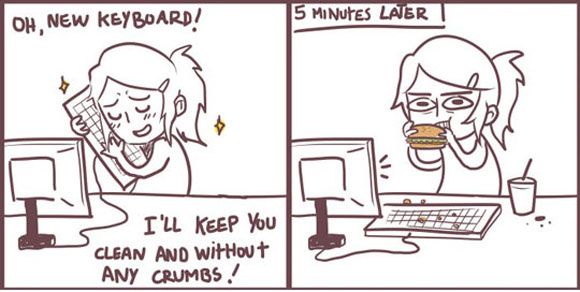 Windows + E is a very useful shortcut. It opens the File Explorer, also known as “My Computer” or “ThisPC”.

Windows + 1-9 This is the shortcut for Quick Launch on Windows. You might be having many programs Pinned to your Task bar.
Well you must be astonished to know that Windows + 1 will launch the first program that is pinned on the taskbar. And similarly Windows + 2 will launch the second program, and so on. You can pin up to 9 programs on your taskbar which can be launched using this shortcut.

Windows + X ,
I call this the Super Menu. I saved this the last because this shortcut can perform most of the above shortcuts plus give you access to other shortcuts which are not listed above.
All you have to do is Press Windows + X, then choose the desired option by pressing the key which is underlined in that option.
For example.
If you want to access Programs and __F__eatures from that list, note that ‘F’ is underlined, so you’d press Windows + X followed by F.

Since you read through the entire countdown, here is a Bonus Shortcut for you,
Windows + Ctrl + L will place the cursor on the address bar when you are using a web browser or a file explorer!
So from now on wards, when you want to copy the URL of the current website, all you have to do is press Windows + Ctrl + L followed by Ctrl + C (for Copy).

I hope you enjoyed learning all these shortcuts as much as I enjoyed sharing them with you.